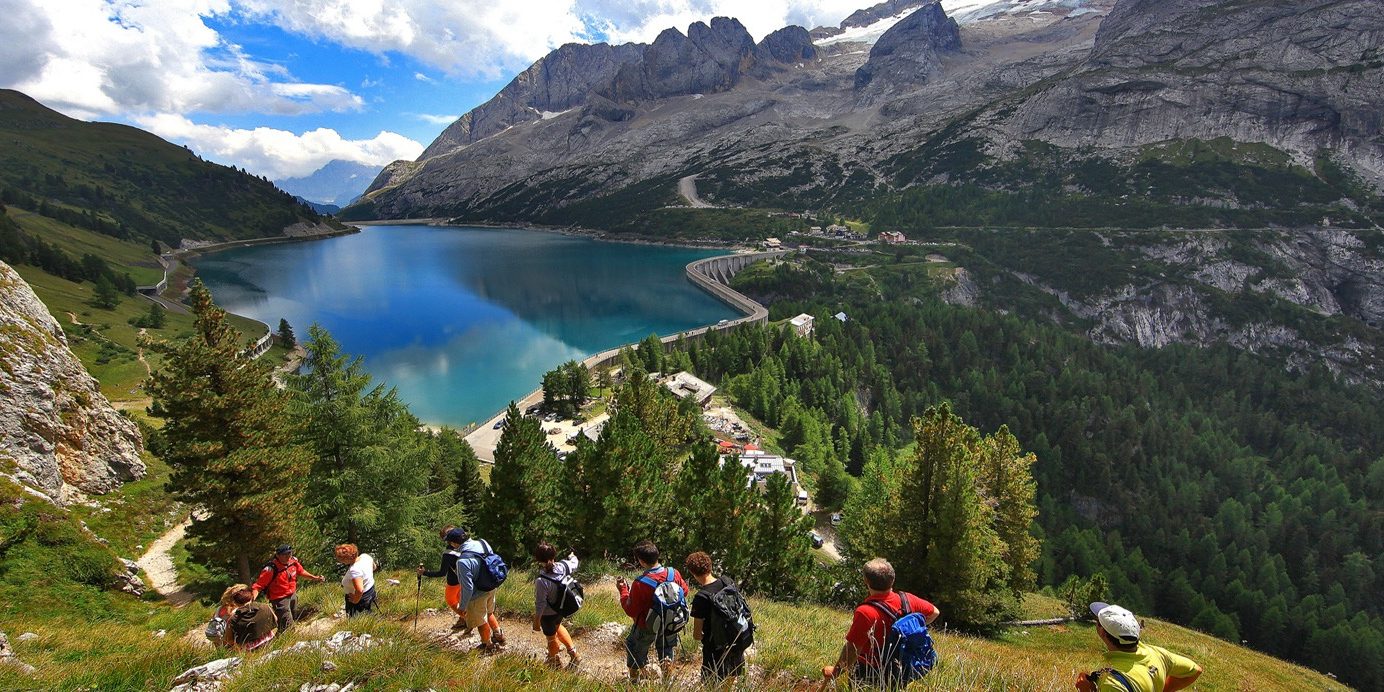 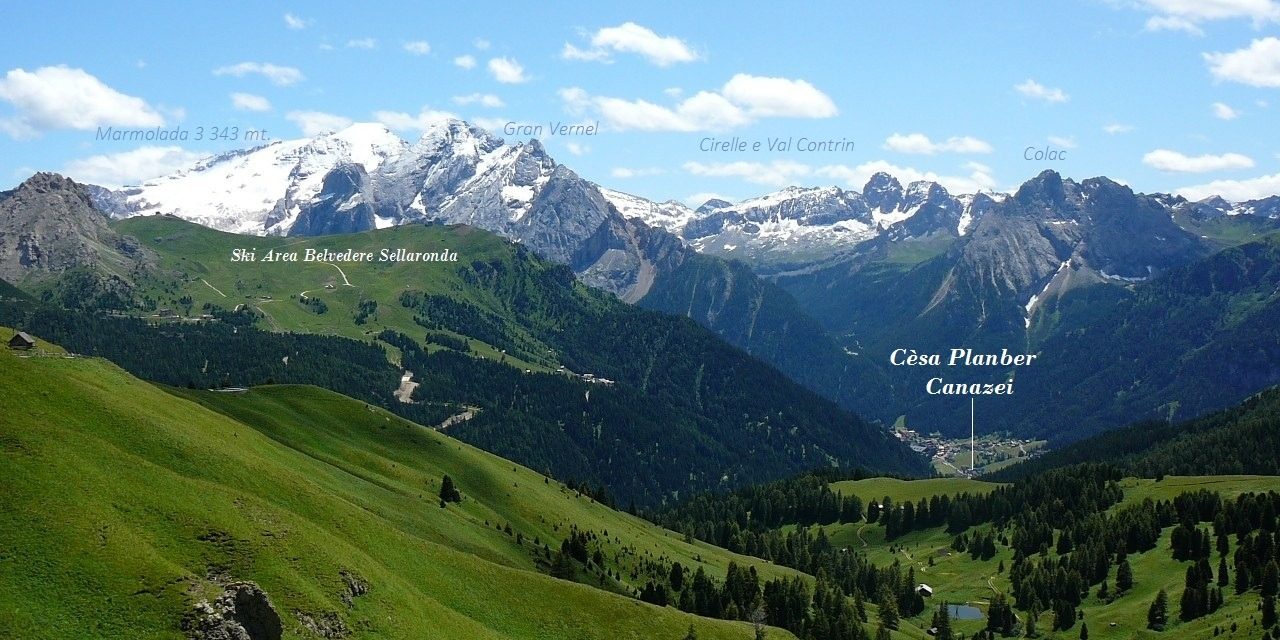 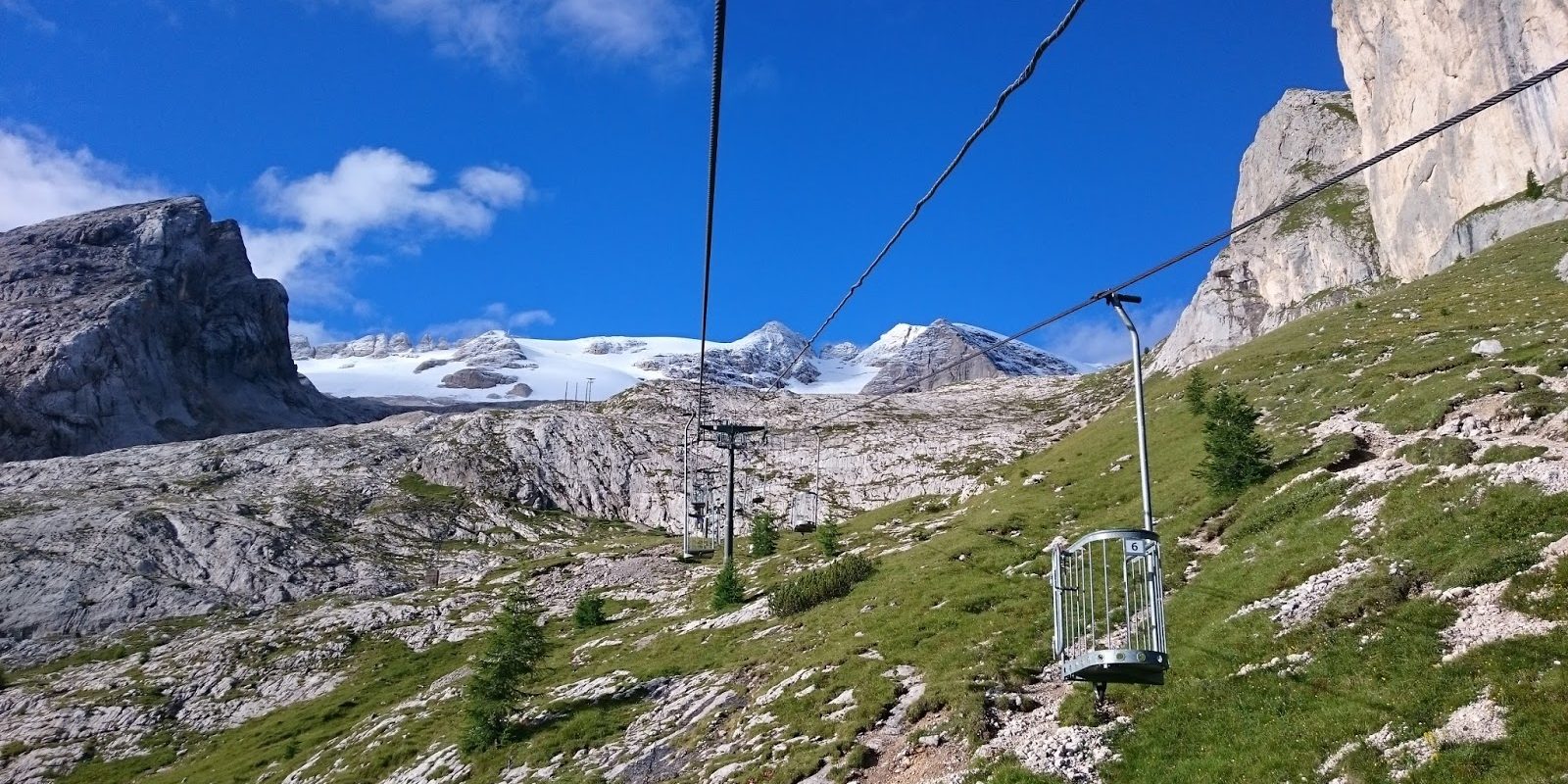 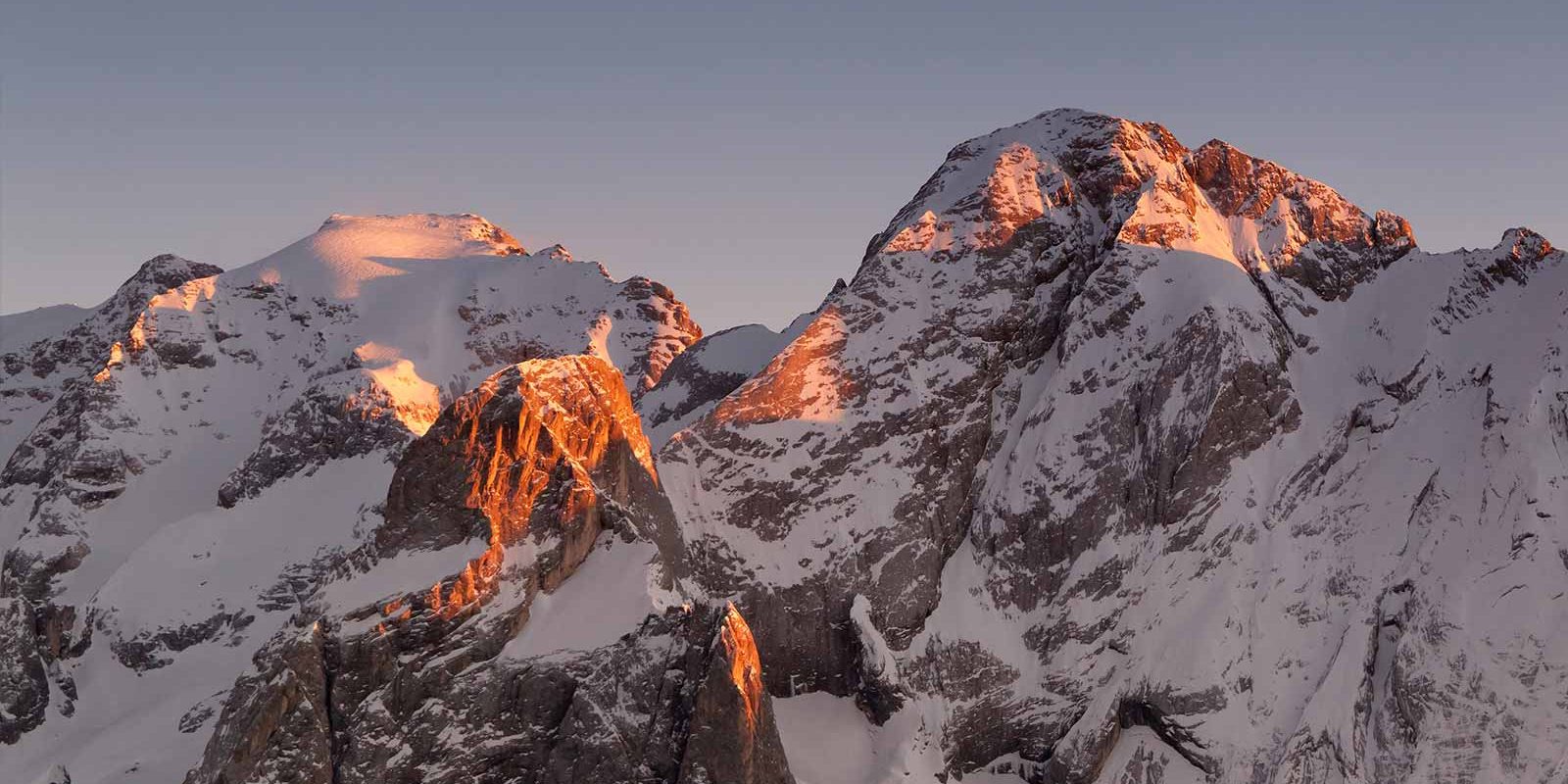 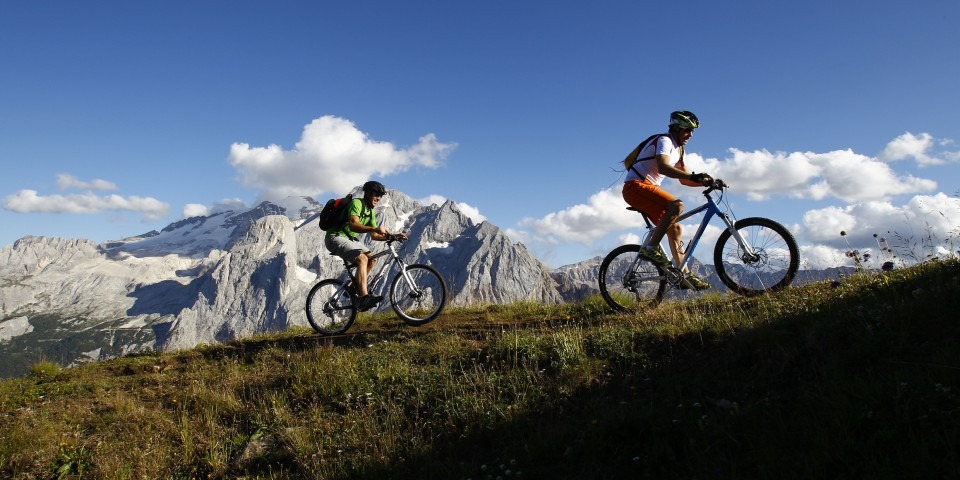 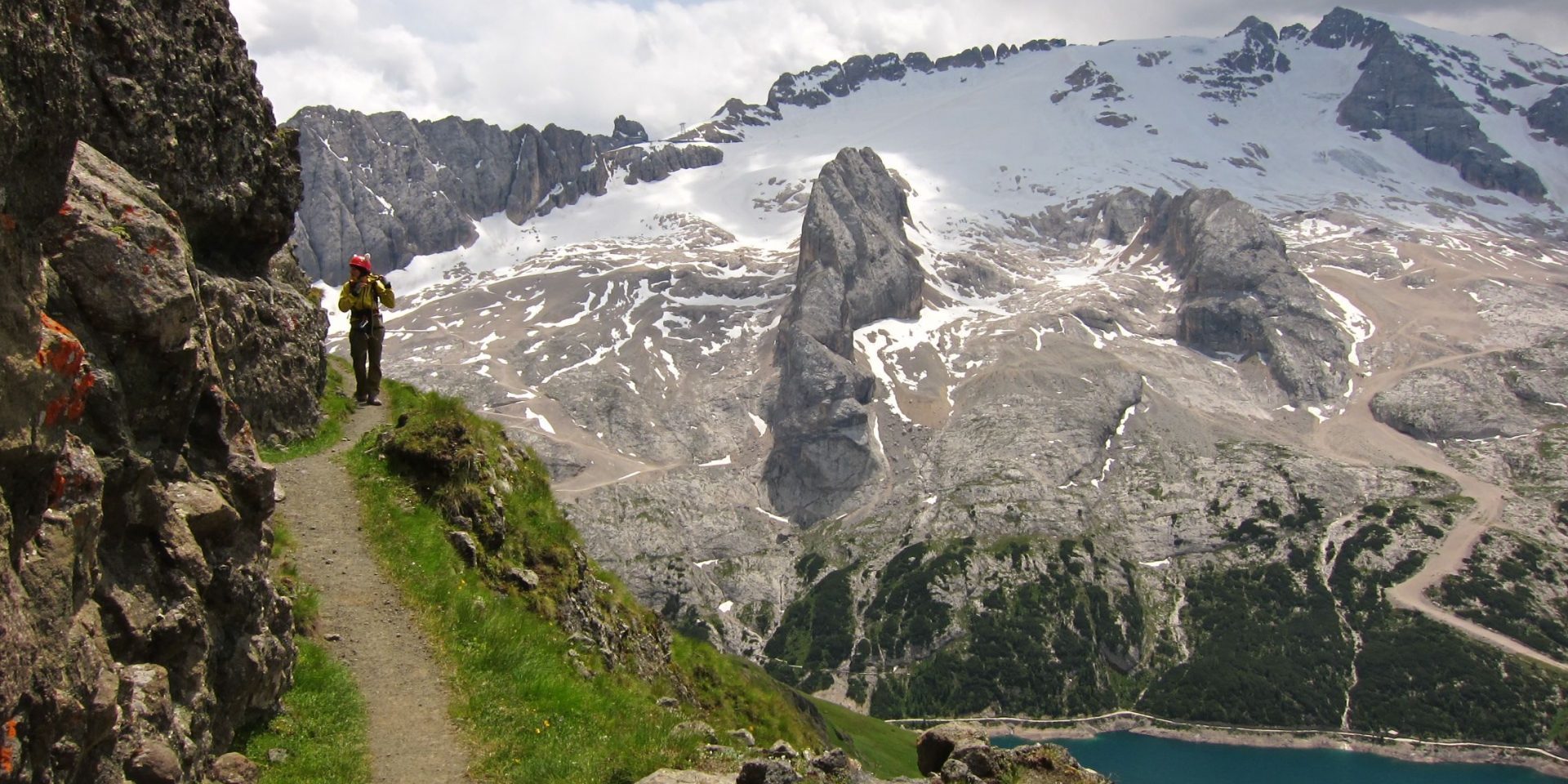 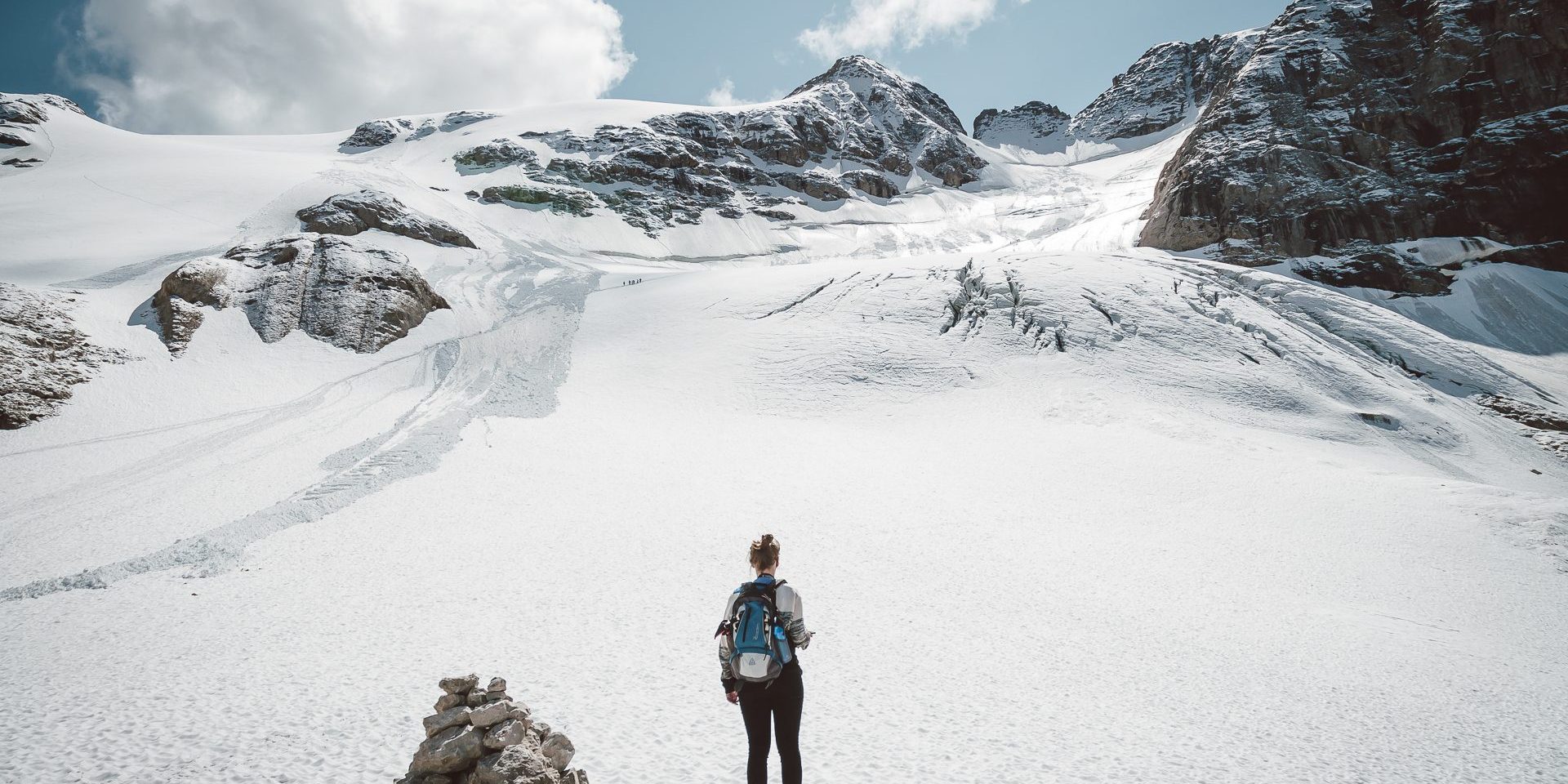 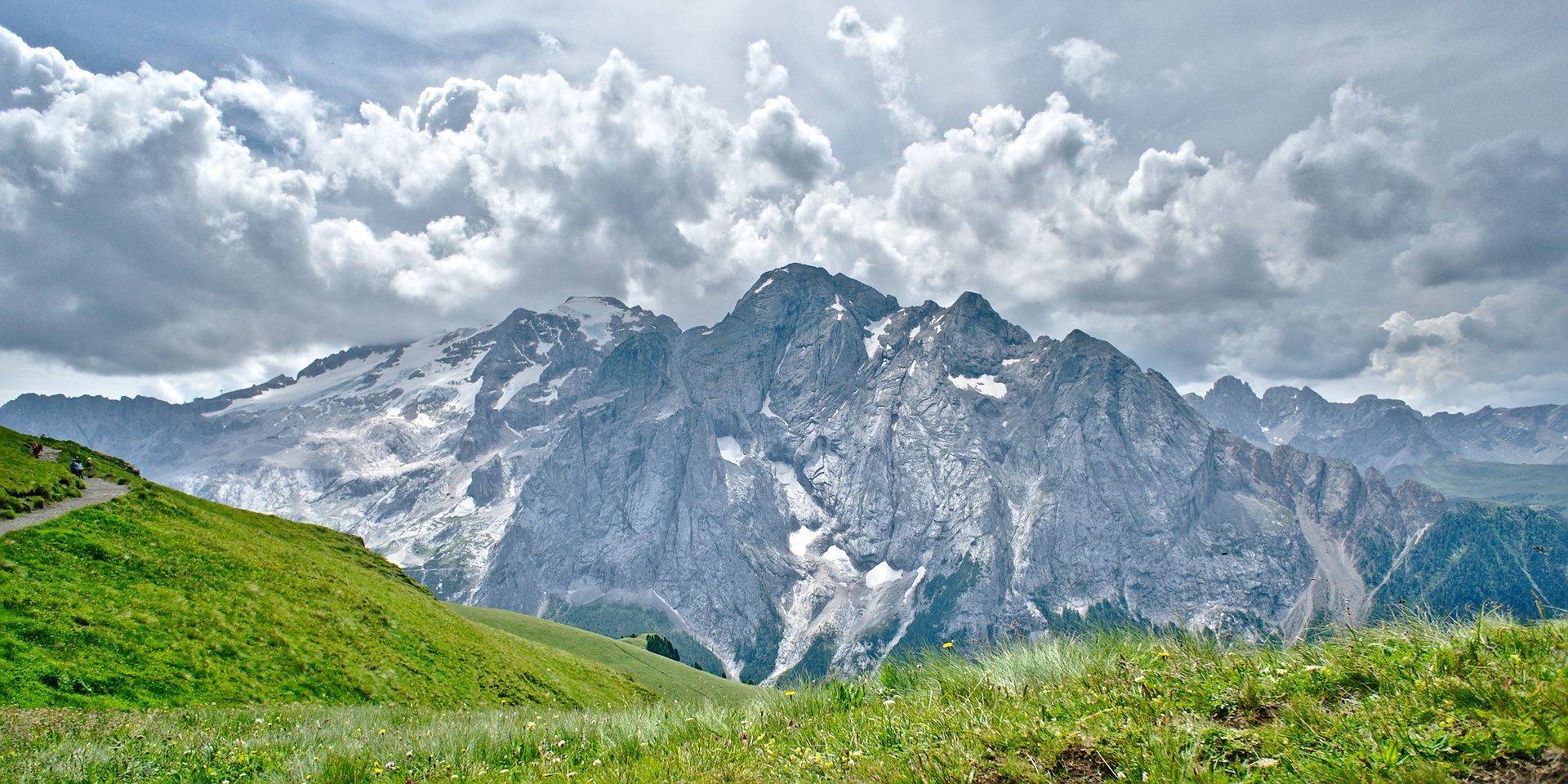 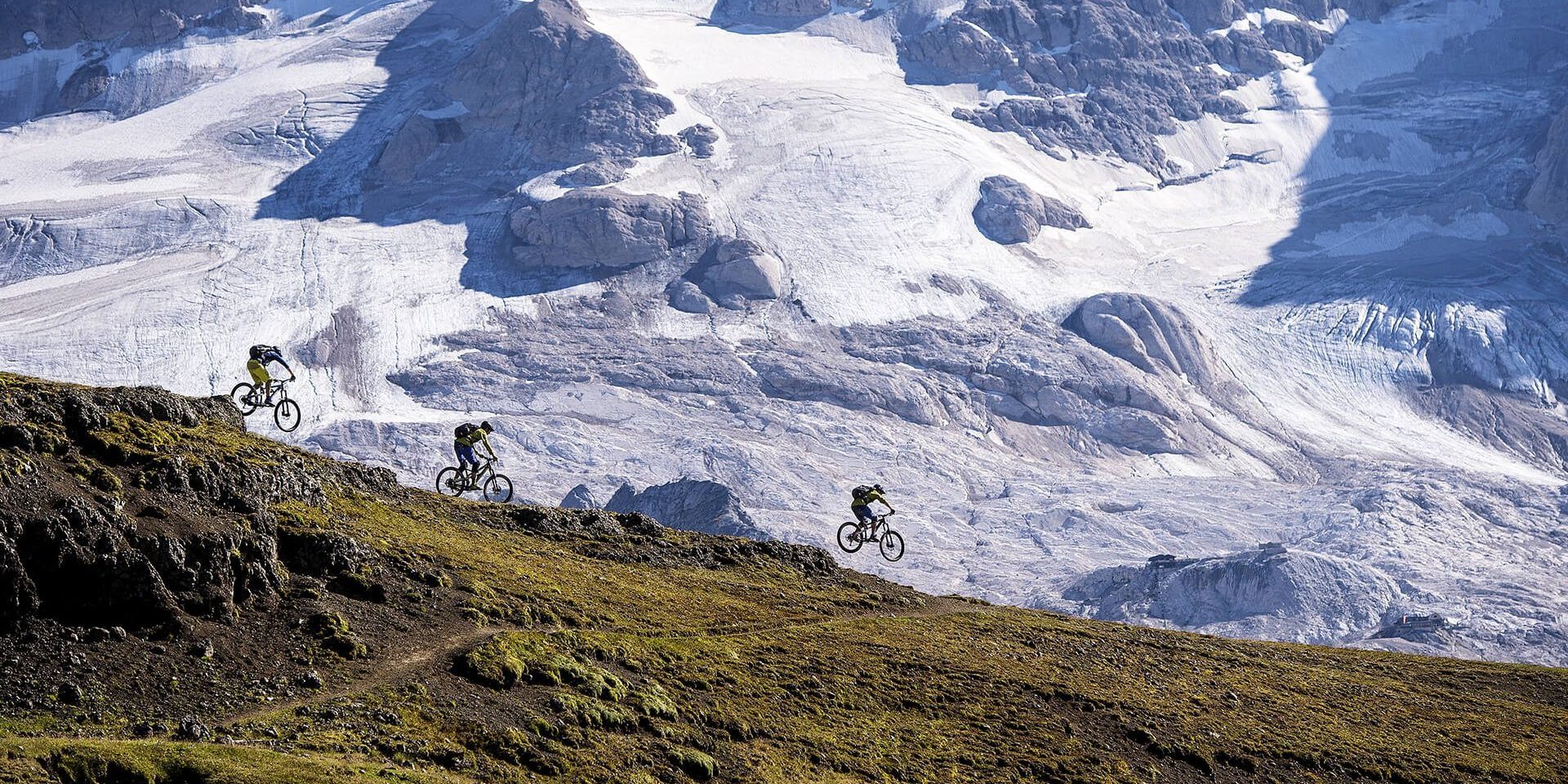 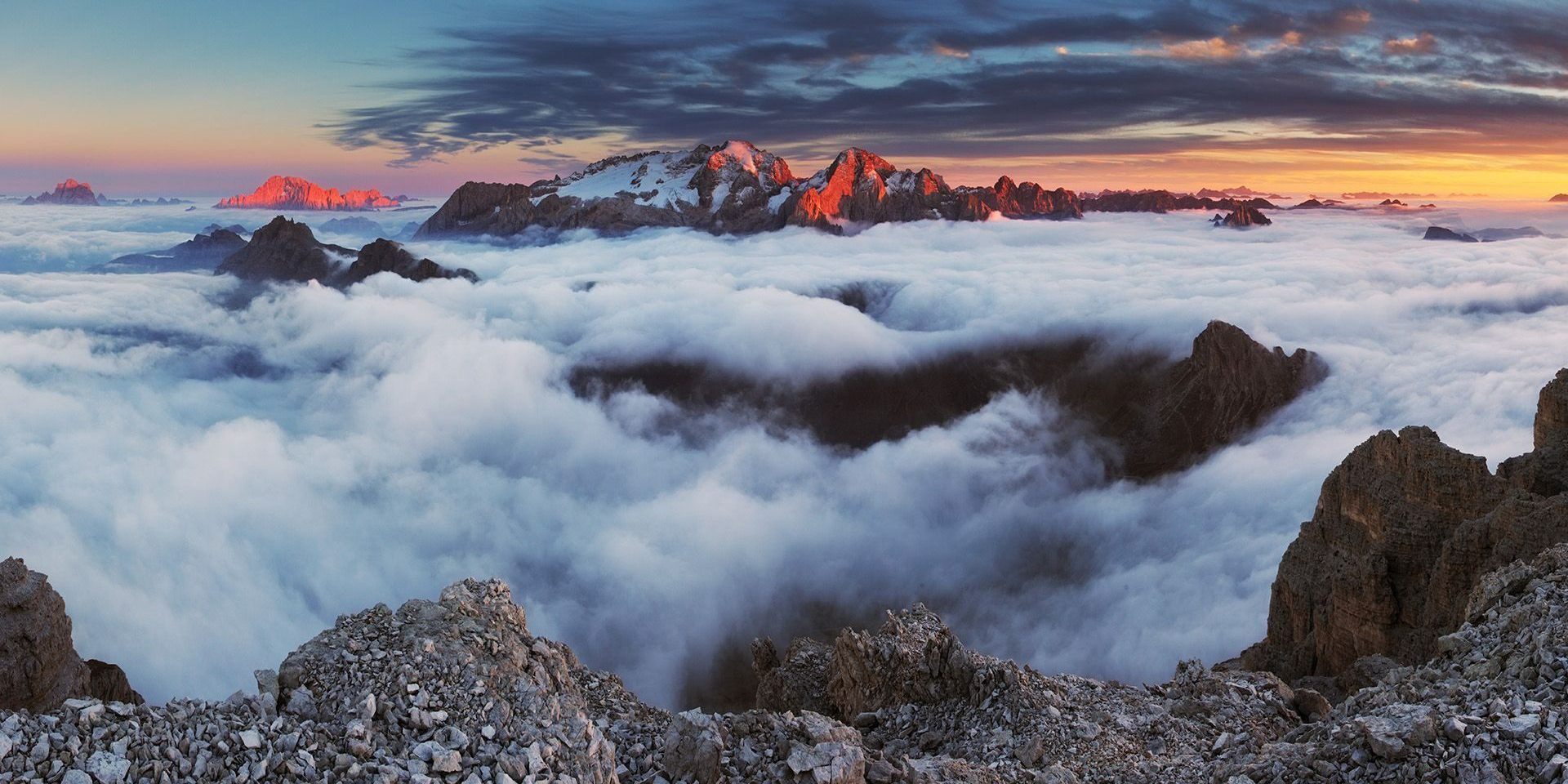 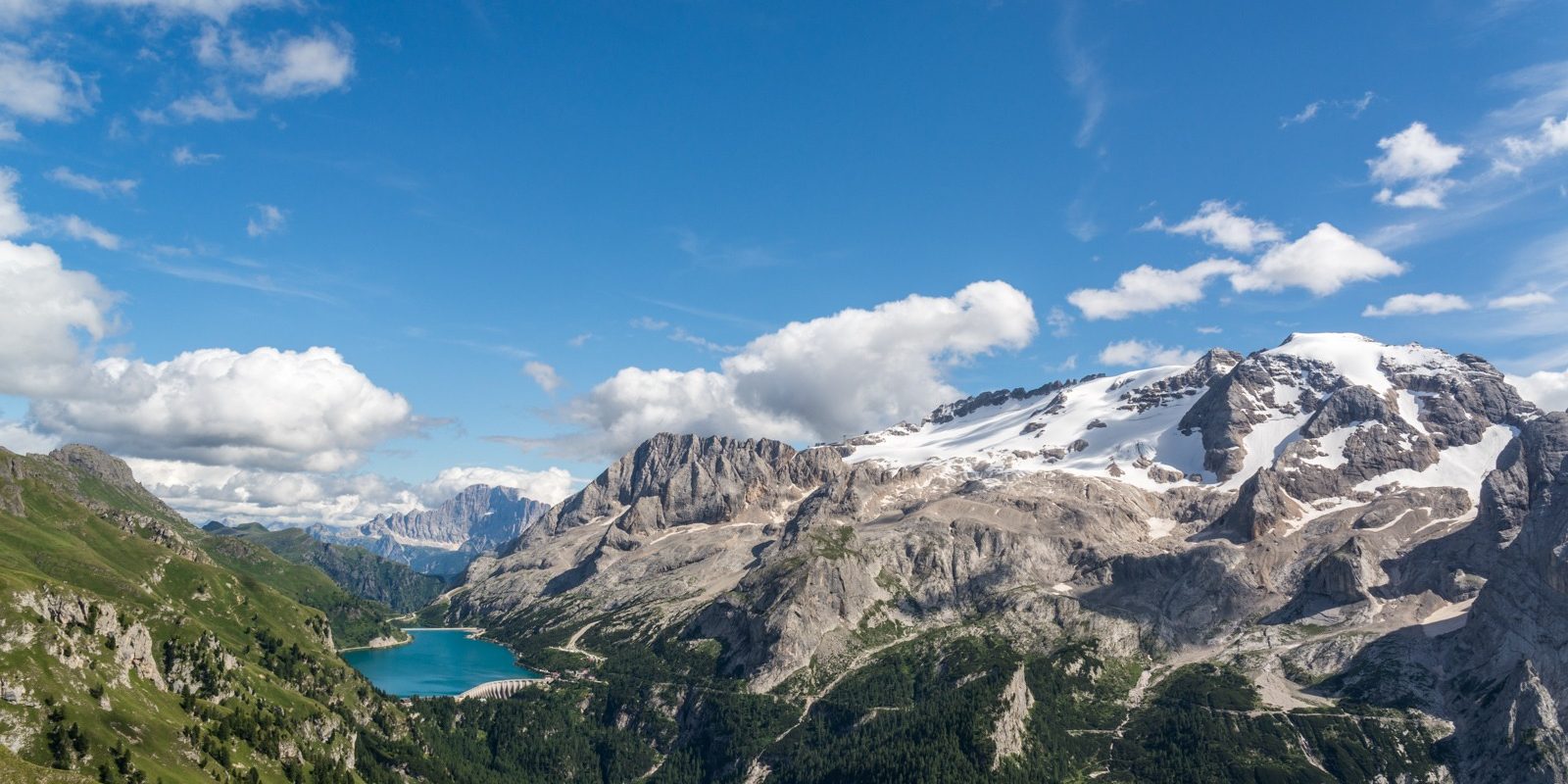 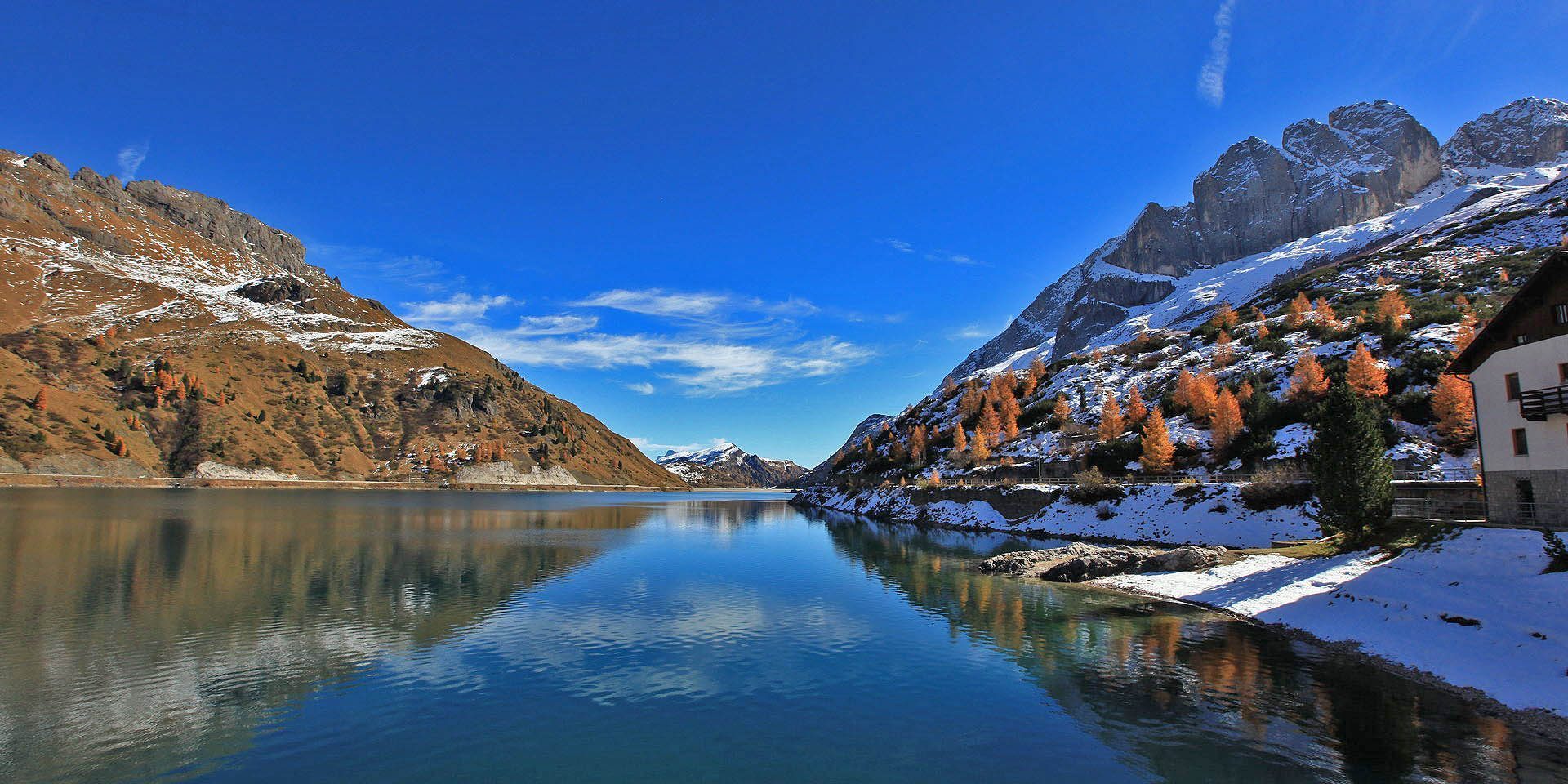 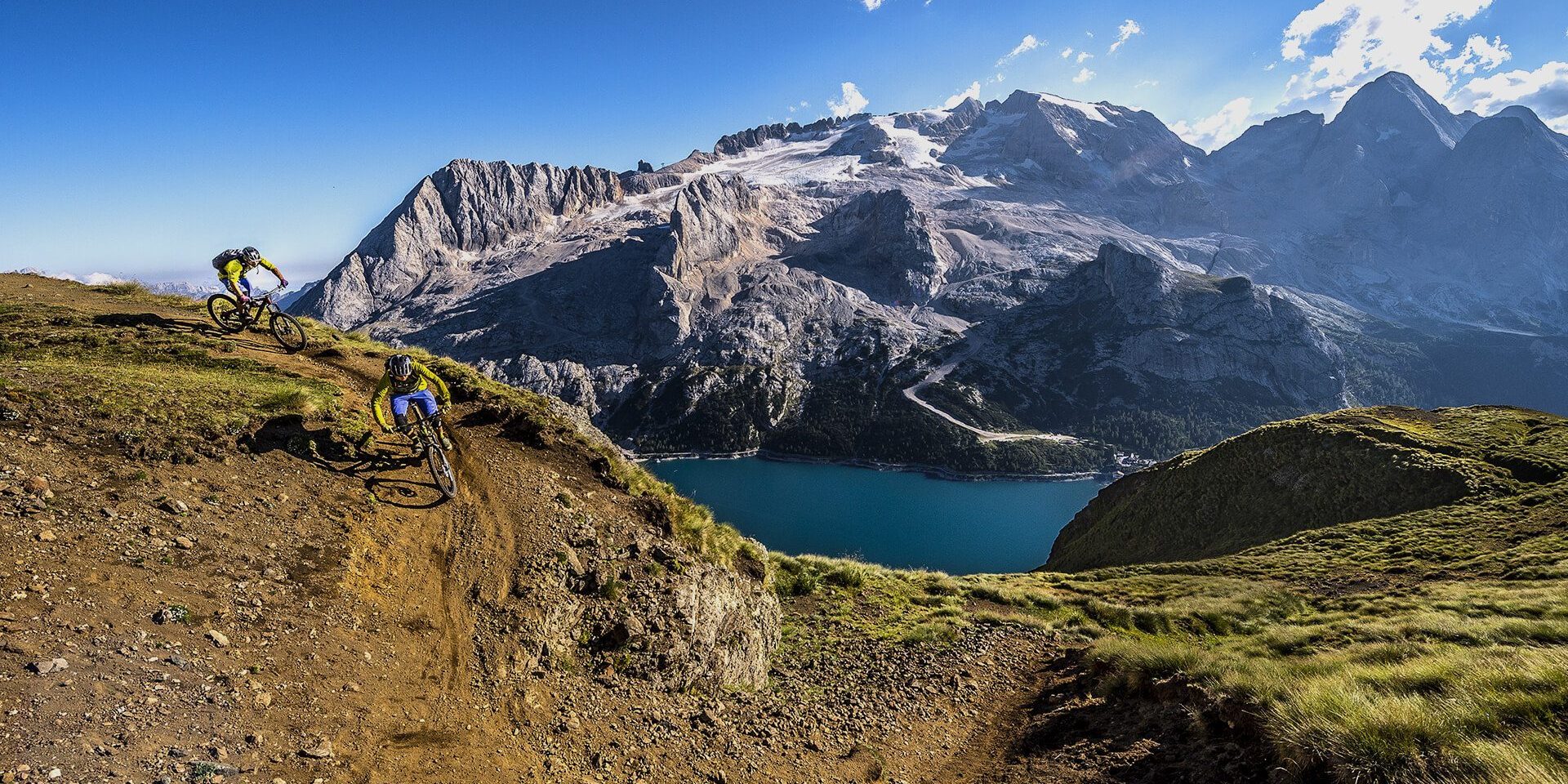 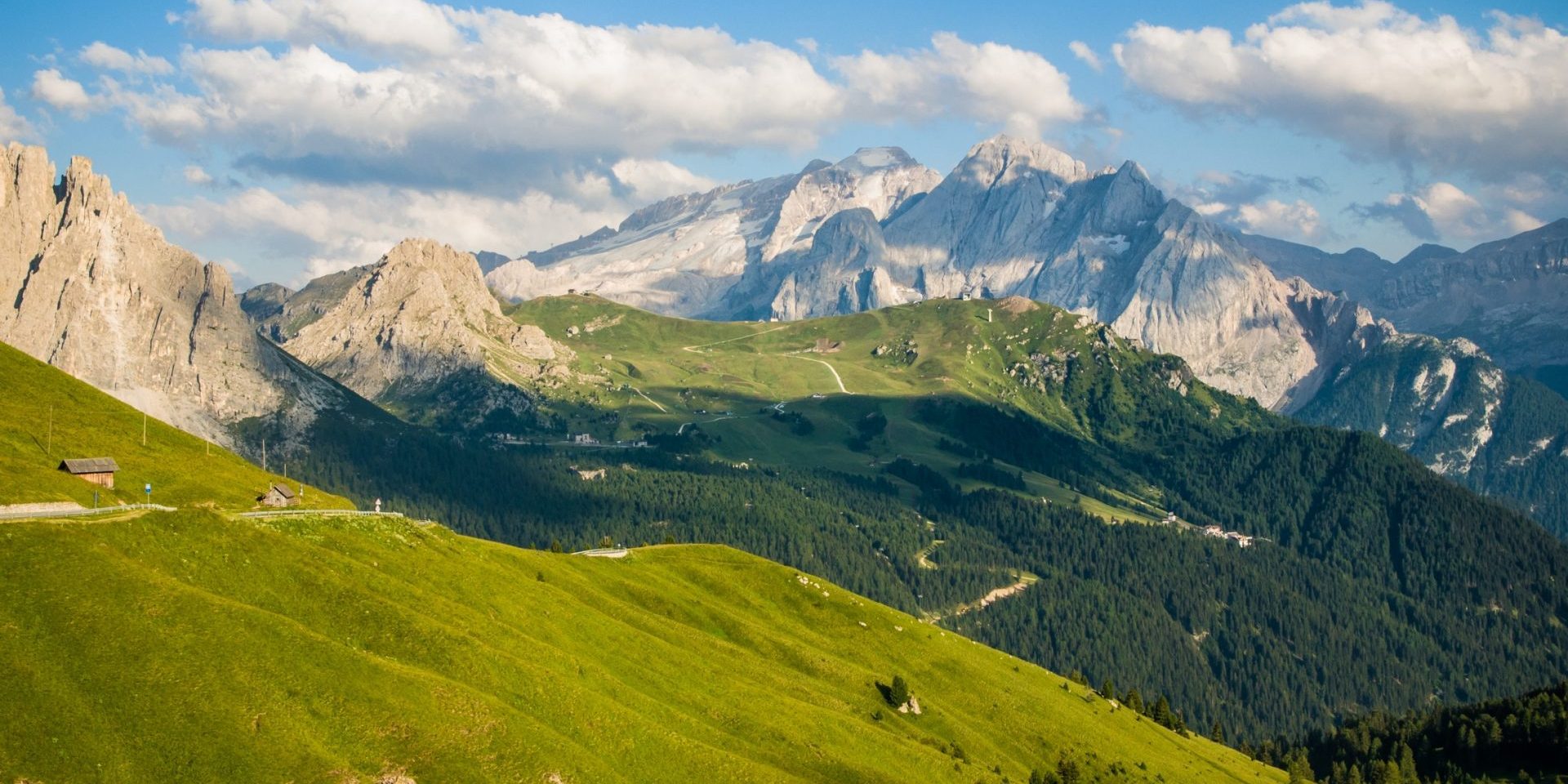 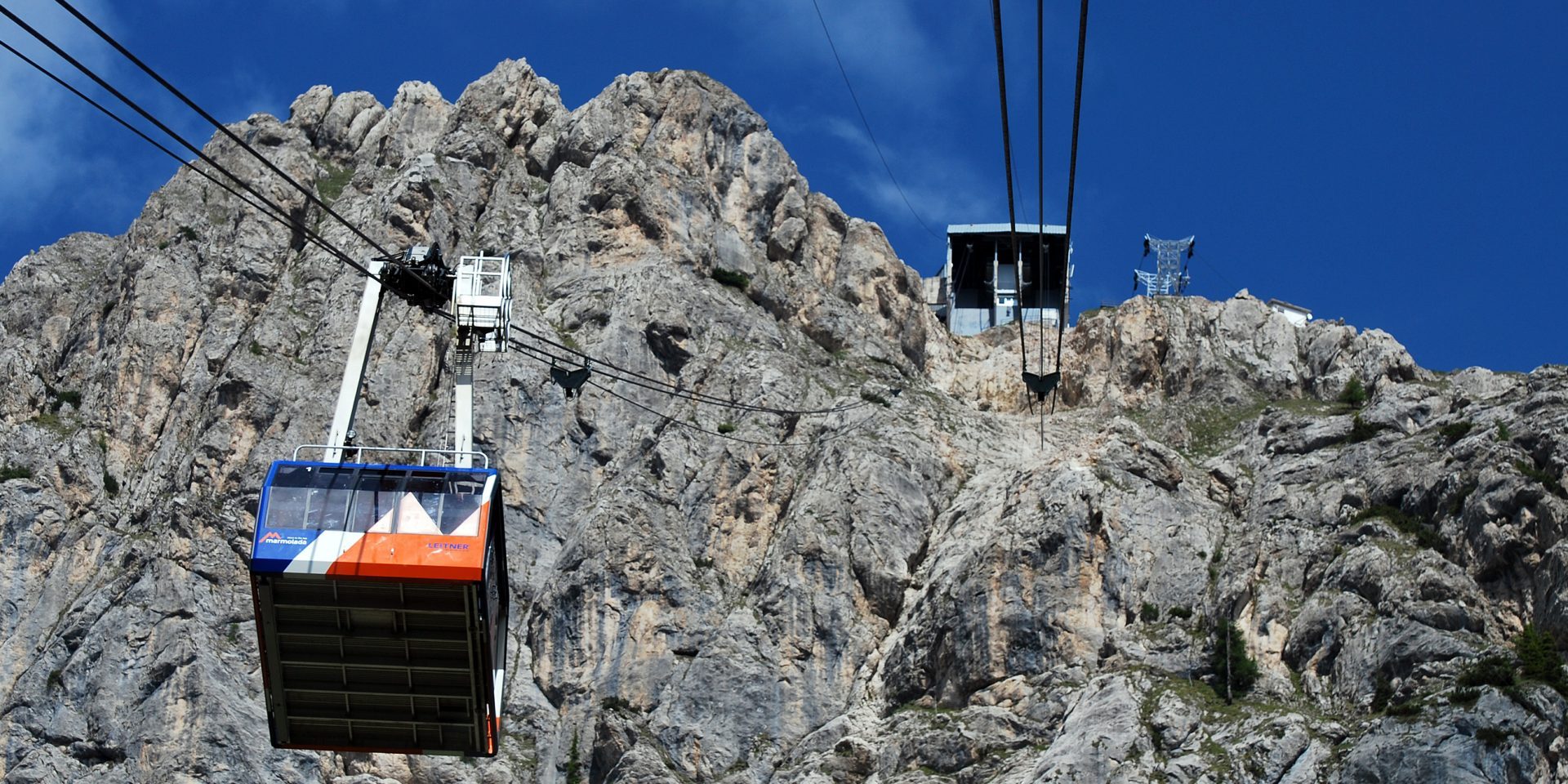 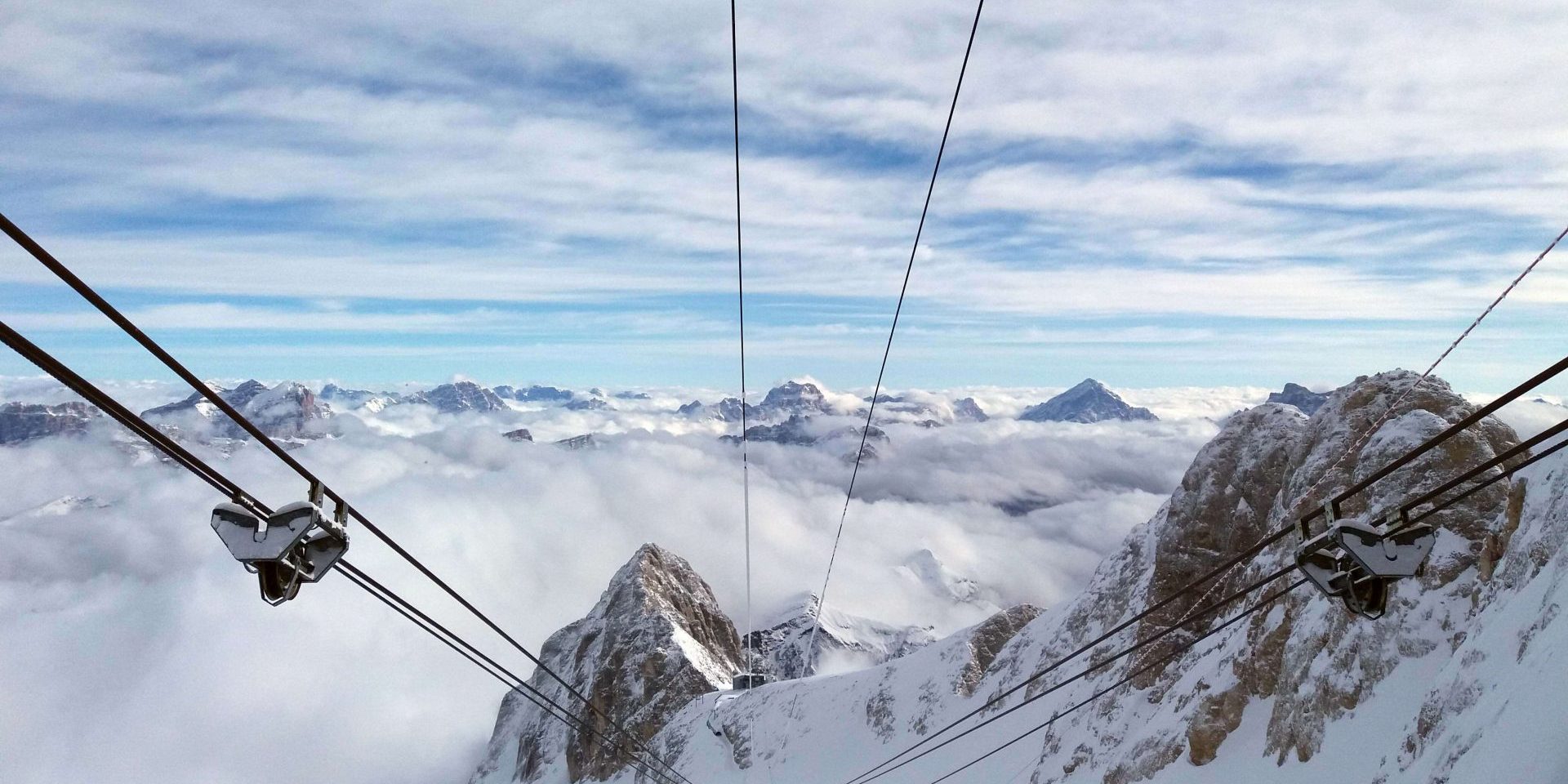 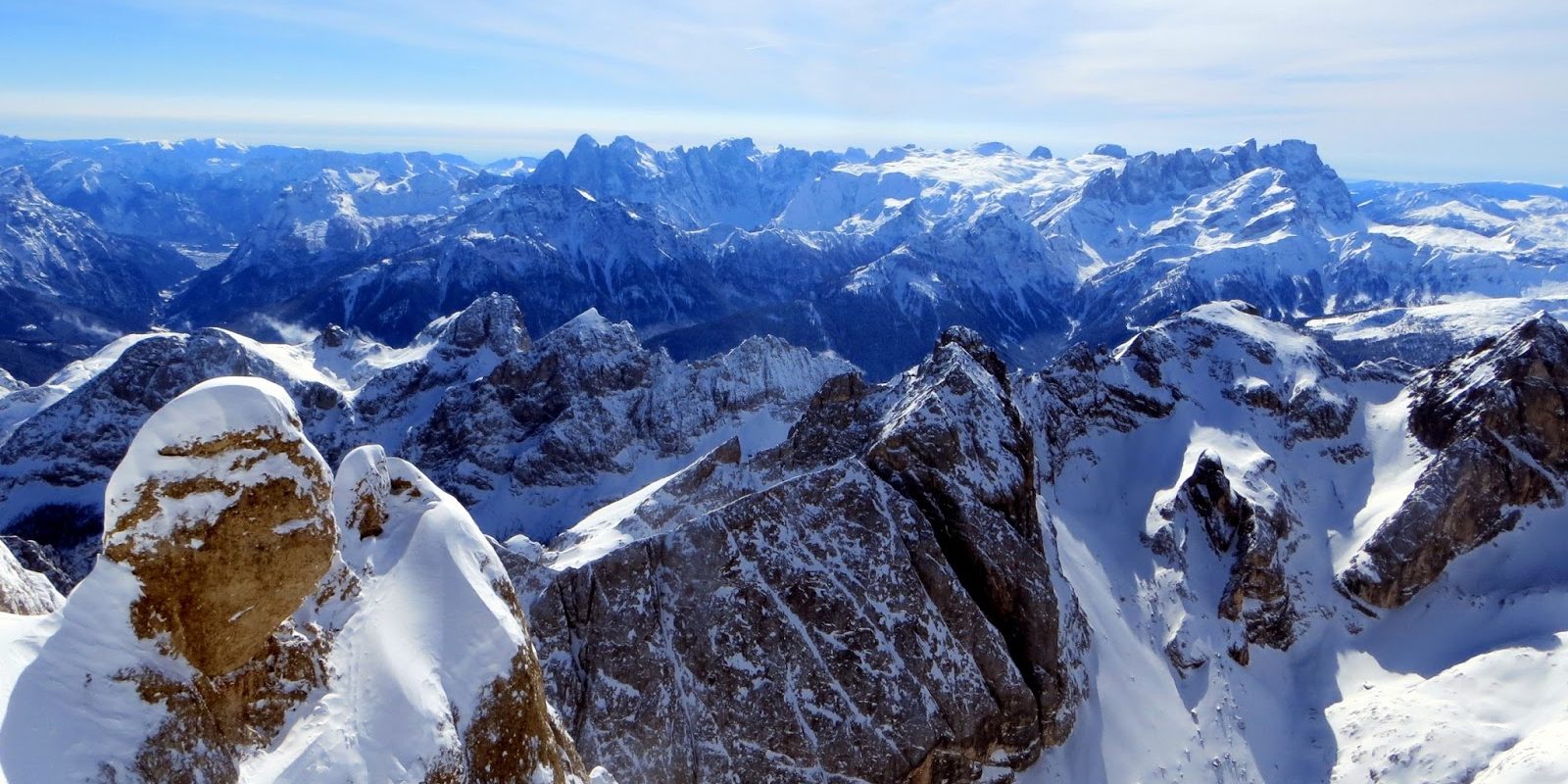 The Marmolada is the highest range in the Dolomites, mountains that are unrivalled the world over and have been declared a UNESCO World Heritage Site that must be protected and safeguarded.

In both winter and summer, the Marmolada is the perfect place to spend a pleasant holiday, and is accessible to everyone: from the most demanding sports enthusiasts to families seeking to relax in peace and quiet.

The Queen of the Dolomites is not only one of the best places in the world to practice downhill skiing: cross-country skiers have in fact several tracks available, there are trails for telemarking and snowboarding or snowshoeing trails through the woods of Val Pettorina or freeride accompanied by the Alpine Guides. From here also the Ski Tour of the Great War passes, a path that winds at the foot of peaks and famous groups, such as Civetta, Pelmo, Tofane, Lagazuoi, Conturines, Settsass, Sassongher, Sella and Marmolada. Interesting is the “La Volpe ti guarda” snowshoe tour to discover the traditions and works of the past in Malga Ciapela.

It should not be forgotten that the Marmolada is also a paradise for mountaineering: this peak was the protagonist of the first climbs, and since then it has been a destination for climbers from all over the world, attracted by its famous south wall, the “silver wall” , where more than 100 mountain climbing routes have been opened. The whole area is intersected by the Alta Via n. 2 of the Dolomites and offers many other opportunities for hiking, walking, climbing in the mountains, some also of historical and cultural interest: it is worthwhile to visit the caves and walkways dug at Serauta by Italian soldiers during the First World War.

The Marmolada is also ideal for cyclists, who can retrace the most beautiful stages of the Giro d’Italia along the feared Passo Fedaia, but also offers many itineraries for mountain bikers and downhill enthusiasts.

The Marmolada is considered the highest mountain range of the Dolomites, although it is not composed of dolomites, but from gray limestone derived from coral reefs, called limestone of the Marmolada, and volcanic material.

The name Marmolada could derive from the Latin “marmor” which means marble, or from an Indo-European root attested in Greek “marmar”, in Italian “shine”. The meaning of the name refers to the glacier on whose origin was born a legend that tells of an old woman who picked up the hay on 5 August, the feast of the Madonna della neve, despite the dissent of the villagers. The next night it snowed so much that the glacier formed, beneath which the old woman was buried with her hay in the tobià.

In summer, the Serrai di Sottoguda represent the ideal setting for quiet family excursions: along the way many legends are illustrated that will capture the attention of children, like that of King Ombro and his daughter Ombretta, transformed into stone by her stepmother.

The Serrai di Sottoguda have been declared a nature reserve and as well as being open during the summer season on foot, on board the train and only on uphill bikes, can also be reached in the winter months: you can walk through this gorge and find yourself immersed in an enchanting natural landscape , consisting of the numerous icy waterfalls, placed at the sides of the passage, which become for the climbers of the whole world, an irresistible attraction.

In winter, Sottoguda is the perfect place for fans of ice climbing: here are the famous Serrai di Sottoguda, a deep natural gorge about two kilometers long, carved into the rock between Malga Ciapela, departure point of the Marmolada cable car, and Sottoguda. Enclosed by immense cliffs that fall overhanging, this canyon is the most famous and popular ice gym in the Dolomites, with its walls and icy waterfalls offers unique emotions to lovers of this sport as well as breathtaking views to all visitors.

The “Queen of Dolomites” is waiting for you: have a good adventure! 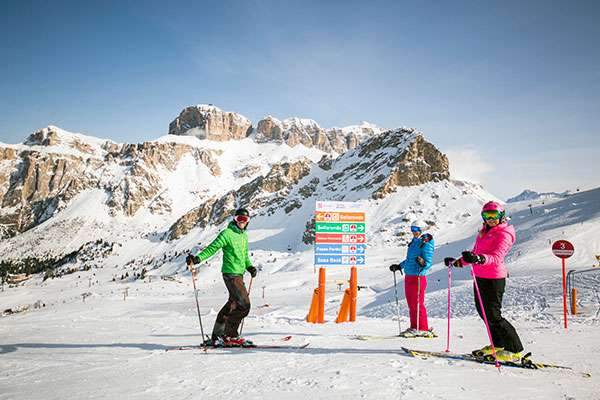 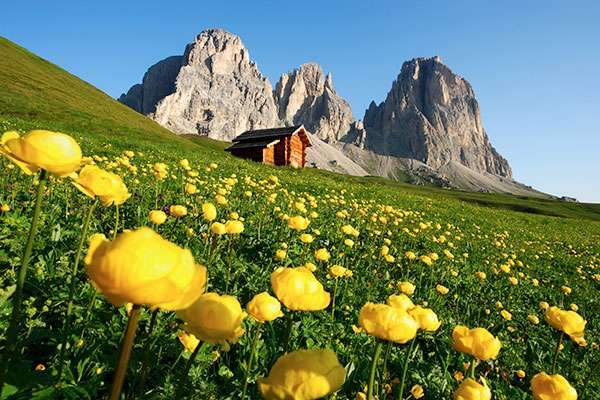 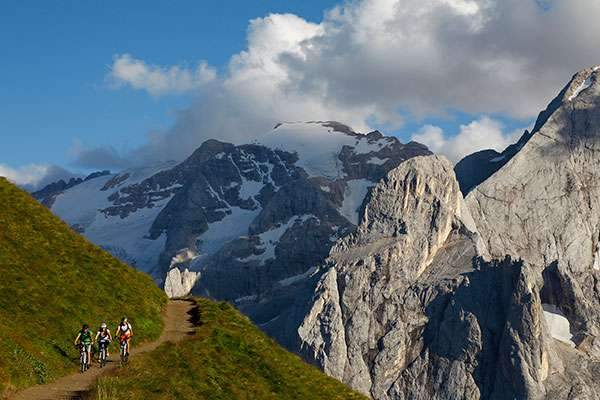 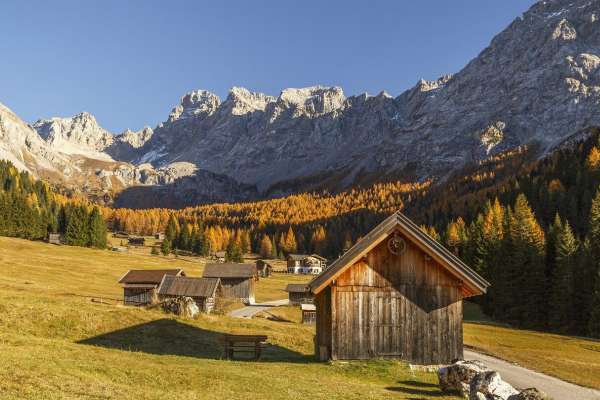